Crime Considerations in the City of Hospitality

There’s so much that homeowners need to deal with. One thing that sometimes slips by the wayside is an alarm system, with an average of only 14 percent of homes in the United States having this type of protection for their homes and belongings. When making the decision as to whether or not to purchase this type of system, it’s important to take into consideration the crime rate where you live. People living in cities that have a higher than average overall crime rate or property crime rate may be particularly interested in looking into getting some types of home security system.

Bloomington has a 22 percent higher overall crime rate than average. There are 88 crimes per square mile in the city, compared to just 22 per square mile in Minnesota overall and a national average of 32.8 crimes per square mile. This makes it safer than just 13 percent of cities in the United States. There are 39.29 crimes per year per 1,000 residents. Thankfully, the rate of violent crimes is much lower than average, with 1.82 per 1,000 residents compared to 3.8 per 1,000. Thus, much of the crime in the city falls under the heading of property crimes, including burglary. Overall, each resident has a 1 in 29 chance of having a crime committed against them. Crime has been going down by about 9 percent per year, however.

There are 116 police officers employed by the Bloomington police department, as well as 35 civilians. This means there were 133 officers per 100,000 people in the city. This is lower than the Minnesota average of 165 officers per 100,000 people. These officers serve the more than 85,000 residents of the city, as well as the many thousands of daily visitors to the city, which has attractions including the Mall of America and the zoo. The more officers a city has, the faster the response time is likely to be to 911 calls or alarms going off. Overall, the national average is about 10 minutes, which means that it isn’t very likely the police will arrive before the burglars leave given that most burglars aim to be in and out within six to ten minutes. Having a security system that sends a video of what caused the alarm to the monitoring company will increase the response time to the alarm because it will then be a verified alarm.

Within the City of Hospitality, some neighborhoods are considered to be safer than others. These include: Bloomington FerryWest 78th Street/West Bush Lake RoadBush Lake Road/ East Bush Lake RoadOverlook Drive/Normandale BoulevardAuto Club Road/.,Hopkins. Within any city, you can decrease your home’s risk of being burglarized by making sure to lock all the doors and windows, adding deep set deadbolts to make the front door extra secure, not having bushes near the house (or only having thorny bushes) and keeping the yard and home well-lit at night. 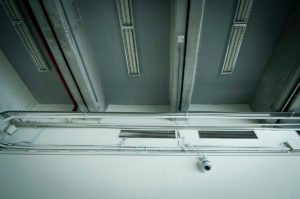 If you do get an alarm system while living in the city, take care to limit false alarms. Make sure to remember the proper code and enter it to disarm the system in plenty of time, keep doors and windows properly secured so the wind won’t blow them open and make sure that motion sensors won’t set off the alarm if pets go by or the curtains blow in front of the sensor. In Bloomington, there’s a fee for more than two false alarms in any calendar year of $125 for the first offense which increases by $50 for each offense after that. This is because approximately 98.5 percent of the alarms received by the station turn out to be false alarms. This includes a total of more than 1,900 alarm calls per year that need to be investigated by the police, with false alarms taking up time that could be better spent solving actual burglaries and other crimes.