Home Security in Laredo, TX: Necessary or Not?

Residents in Laredo, TX, have access to quality home security systems from companies within their cities, and they have good reason to invest in one. With a robust police presence and response, citizens may nevertheless benefit from being well informed about their city and how they can safely protect themselves, their families, and their property.

There are several street gangs present in the city. They are behind many instances of homicide, drug selling, and other crimes. The gangs include:

Mexikanemi-established in 1984, this gang is present in many cities across Texas, Mexico, and even in California. Its members are involved in robbery, homicide, and loan-sharking, and are highly organized. In 2005, Roberto Patino and Enrique Botello were brutally murdered in Laredo. Their killers were Mexikanemi members and were caught and arrested.

La Hermandad de Pistoleros Latinos-this gang also began in the early 1980’s and is still active today. As with many gangs, it started among prison inmates. They are estimated to be numbered around 4,000 members and are involved in drug trafficking, homicide, and extortion. This gang was found to have connections with one of the biggest and most feared crime organizations in Mexico, the Gulf Cartel, in late 2005.

In another La Hermandad de Pistoleros Latinos related news story, 24 members of the Laredo faction were charged with drug possession and intent to distribute in 2008. Among their number was their leader, Pedro Gil III. He received a 25 year sentence the following year after pleading guilty. Gil reportedly began his involvement with the gang in 2001 and at one point received over $6 million dollars from one drug deal. Police officials found the arrest and sentencing of these 24 gang members to be a huge breakthrough in dissolving the gang’s presence in Laredo. 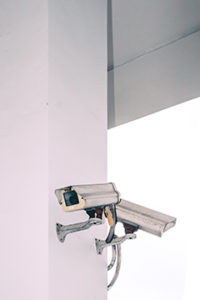 Laredo offers the best in home security for residents. With numerous providers conveniently located throughout the city, residents can be sure of finding a provider that offers what they need for peace of mind. Some of these providers include the following companies.

ADT Security Service is located at 1609 Grant Street, Laredo, TX 78040. Their features include but are not limited to remote arm and disarm, video surveillance, garage door control, and burglary monitoring.

Guardian Alarm Company is located at 9001 Taiga Court, Laredo, TX 78045. They have served clients nationally for 85 years. Their services include but are not limited to glass break sensors, video monitoring, and motion detectors. Their testimonials speak to the satisfaction of their customers.

The Best Alarm Company is located at 1416 Houston Street, Laredo, TX. 78040. They offer security systems free of contracts, this company has served Laredo and surrounding areas since 2001, striving to offer personalized service to their clients.

There are several police departments locations within the city. Residents with alarm systems can be assured of rapid response in the event of a break in or other residential crime. Here are their addresses:

In the case of required medical attention, Laredo city boasts 3 medical centers where patients will receive the prompt care they need. These locations are:

With its history of gang crime and low housing rates, Laredo has not only improved over the years, but is well equipped to protect and respond to residents’s safety and protection needs. Laredo residents who do not currently have access to a home security service would be wise to follow the city’s example and protect themselves and their own.