Safety In The Midwest

When people think of big cities, they invariably think of crime. However, there are some big cities that are relatively safe places to live. On a recent list that was published of the top 10 safest cities in America in which to live, Mentor, OH came in at number 10. This is an acknowledgment that should make residents proud. The city of Mentor is part of the Cleveland/Elyria/Mentor trinity of Ohio and is known for its strong police force and reasonable lack of gang activity. However, no city is crime-free, as the following shows.

Not Polite To Point

Just a few days after Christmas 2016, a man robbed a TJ Maxx department store by brandishing a knife at the store manager. The man took the manager into a back room and tied her hands but did not hurt her in any other way. He fled the store with cash from both the registers and the safe and was caught on surveillance video as he fled the store. While it did take a few days to capture the criminal, once the footage was cleared to be released to the public, the bad guy did not stand a chance. He was apprehended and placed behind bars to await his sentence. Police said that the video footage was the only thing that aided them in catching the robber.

A rather disturbing and unusual incident took place at the Mentor Public Library back in June of 2016. A man entered the library fully dressed as a woman, sat at a table and waited. While it is not a crime to dress as the opposite sex, what happened next is. He proceeded to lure a young 14-year old girl to a corner and attempted to fondle the girl’s breasts. She quickly got up and left but the trauma still remains. The man left immediately left after the incident but was caught on the library surveillance system both coming and going. He was caught a few days after by police who were already familiar with the man from previous incidents. The surveillance system most definitely aided in removing this sicko from the good streets of Mentor and preventing him from attempting to harm anymore children.

A more bizarre crime could definitely be solved by the use of more video cameras. However, the perpetrator wisely seems to know exactly where there are not any surveillance systems in place. A rash of “car stompings” has taken place in residential neighborhoods and apartment complexes throughout the city. Someone has been jumping up and down on the roofs of parked vehicles and severely damaging them. They have also kicked in the doors of the vehicles, making entry impossible in some cases. If only more residents employed the use home surveillance cameras on the exterior of their homes, this delinquent may have been apprehended already and the destruction of private property could have been put to an end.

It seems that most neighborhood watch programs operate out of the small suburb of Painesville. While there are not many that are listed, they seem to be quite effective due to the low crime rate that Mentor enjoys. The neighborhood watch programs can be reached at: Shadow Investigative Agency
100 Carmody DR.
Painesville, Ohio, 44077 sia@safe-mail.net / 440 296 9176 united we stand
933 fremont ave
Painesville, Ohio, 44077 dale12racer@aol.com / 440-488-3422 Nyeland Crime Prevention
109 N Doan Ave
Painesville Township, Ohio, 44077 dujanovic@sbcglobal.net / 440-655-6680 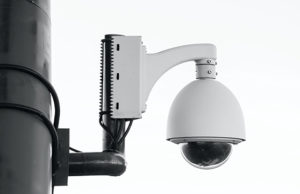